Simon Black – I’m amazed more people aren’t doing this. But soon, they will be.

Posted By Richer Daddy on April, 2014 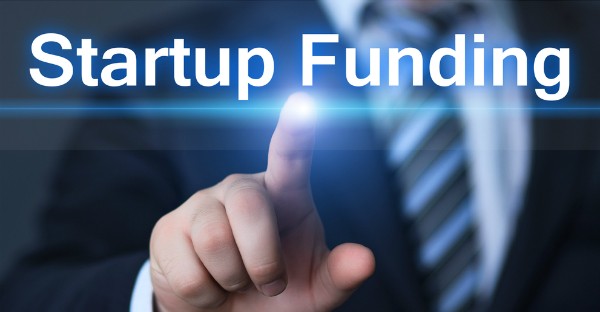 Every now and again, the universe presents us with opportunities that are so obvious we have to wonder why everyone else isn’t doing it too.

This is how I felt yesterday while attending an invitation-only “Demo Day” for startup companies based in Chile.

As we’ve discussed before, Chile is a top-20 Startup ecosystem worldwide. Entrepreneurs from all over the planet come to Chile to start their businesses, grow, and thrive. And there are a lot of reasons for this.

First, the Startup Chile program provides $ 40,000 in equity-free seed capital to roughly 300 select entrepreneurs each year who make the cut.

Plus Chile’s incredibly flexible immigration laws make it possible for business owners to import talent from just about anywhere in the world.

This is an incredibly unique aspect of doing business in Chile that you’ll hardly find anywhere else. There’s no H-1B visa hassle here, no xenophobia accusing foreigners of stealing jobs.

In Chile, small businesses are able to hire the right person for the job, no matter where he or she comes from.

Just to give you an example, one of the companies I run here employs people from the US, Canada, Argentina, Slovenia, Lithuania, Ukraine, New Zealand, and Thailand. And obtaining residency for them was a very straightforward process.

Not to mention, there’s quite a bit of wealth in Chile, especially in Santiago. So the potential in the consumer market is vast.

Yet at the same time, there’s very little competition in the marketplace. This makes Chile ideal for startups, especially for disruptive businesses looking for a great test market.

There are so many companies here doing some really, really exciting things. This became completely obvious watching presentation after presentation.

I’m embarrassed to say that before I showed up, I had set my expectations very low. I was expecting a bunch of kids designing apps which make fart sounds. But I was blown away by the quality.

These weren’t kids. Most were seasoned entrepreneurs in their 30s and 40s who were working on cutting edge stuff.

One group was revolutionizing the already revolutionary 3D printing space. Another group had a medical device so advanced I joked with some friends later that it would replace the tricorder.

Another group had developed software which I have no doubt will be acquired by Google at a hefty premium. Another by Microsoft or Apple.

Cleantech. Robotics. Sustainable energy. There were so many great businesses there.

Moreover, these weren’t just crazy dreamers with no hope of ever generating a profit. Many of them were already quite profitable; one entrepreneur told me they were already making $ 80,000 per month.

As a long-time private investor myself, I have a lot of experience analyzing such deals… and the people behind them.

Much of what I saw yesterday had really great investment potential, certainly worthy of further due diligence.

Clearly they’re not all going to turn into the next Google. But you never bet the farm on a single deal.

I generally put bite-sized amounts in multiple deals, knowing that while some won’t go anywhere, others will turn $ 10,000 into $ 1 million.

Yet despite the enormously high quality of business on offer, there were very few serious investors in the room. It was astounding.

If we had been in Silicon Valley, there would have been a packed hall of millionaire angel investors salivating with checkbooks in hand.

But in Santiago, with all of its potential and all of its great startups, there was very little serious investment interest.

It confounds me how so many people can ignore such an obvious opportunity. For investors, it is truly a target-rich environment.

Eventually, people will wake up to this reality.

They’ll find out their stocks are manipulated by central bankers. Their government bonds are a sucker’s bet. And the entire financial system is rigged against the individual for the benefit of a tiny banking elite.

With that in mind, the great masses will flock to alternative investment classes… things like precious metals, agricultural property, and the sorts of private investment opportunities that I am describing.

That’s why the time to get in on these deals is now… before the room becomes very crowded.

My team and I have been working for the last six months on taking this to the next level… and you’ll be hearing about it very soon.

I’m amazed more people aren’t doing this. But soon, they will be.

Simon Black - The amazing disappearance of GOLD from the American psyche