Posted By Richer Daddy on April, 2014 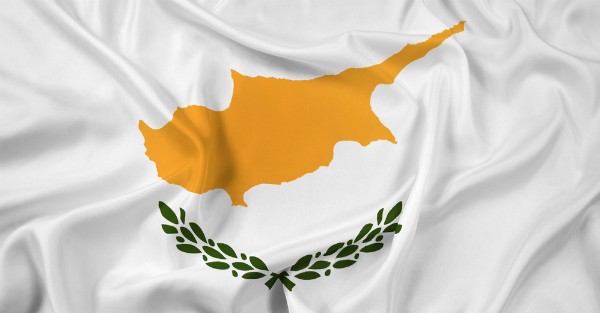 But that’s exactly what’s going on in Cyprus. And it all happened overnight.

Just over a year ago, people across Cyprus went to bed thinking everything was just fine. They woke up the next morning to a brand new reality: their government AND their banking system were flat broke.

In collusion with other European powers, the Cypriot government FROZE bank accounts across the country. Suddenly an entire nation had no access to their savings.

The government spent weeks bickering about whose funds they were going to confiscate in order to bail out the banks… all the while maintaining the freeze.

Finally they made a decision: wealthy people would have their funds seized.

But this wasn’t a victory for everyone else… because simultaneously the government announced a flurry of severe financial restrictions.

But it was nothing more than a number on a screen. It didn’t mean the banks actually had the money. Nor did it mean they were free to access their own funds.

Cash withdrawal limits were imposed. Funds transfers were curtailed. Cypriots were even forbidden from doing something as simple as cashing a check.

Peoples’ savings were essentially trapped inside of a highly insolvent financial system.

These destructive tactics are called capital controls. And one year later they’re still in place. Some are being relaxed. Others are being maintained.

But by its own admission, the Ministry of Finance still believes there is a “lack of substantial liquidity and risk of deposits outflow. . . that could lead to instability of the financial system and have destabilizing consequences on the economy and society of the country as a whole.”

Naturally, since this is an “emergency situation” in their view, they have to impose these “restrictive measures” in order to safeguard “public order and public security”.

In other words, capital controls are for your own good.

This is exactly the sort of thing that happens when governments and banking systems go bankrupt.

And every shred of objective evidence suggests that many of the ‘rich’ nations of the West are in a similar position.

Some of the largest banks in the US (like Citigroup) have failed their stress tests; this means they are inadequately capitalized to withstand any major financial shock.

Then there’s the FDIC, which is supposed to insure deposits in the Land of the Free. But the FDIC itself is inadequately capitalized, failing to meet the legal minimum for its insurance fund.

All of this is backed up by the US government, whose net worth is negative $ 17 trillion.

The Federal Reserve is supposed to be able to bail out the banks. But at this point, with $ 50+ billion in unrealized losses and a net equity of just 1.35% of its record $ 4+ trillion in assets, the Fed itself is practically insolvent.

Hardly a beacon of stability. Yet this is the system in which literally hundreds of millions of people have misplaced their trust and confidence.

It doesn’t take a financial guru to figure out that this is not a consequence-free environment.

All that’s required is the independence of mind to look at the facts rationally and understand that, like Cyprus, this could all change overnight.

It’s worth considering that at least a portion of your savings may be much safer elsewhere– in a stronger, well-capitalized foreign bank located in a stable country with minimal debt.

It may be wise to consider those options while you still have the ability to do so.

Cyprus STILL has “an emergency situation”. And capital controls

Simon Black - The amazing disappearance of GOLD from the American psyche

Simon Black – I’m amazed more people aren’t doing this. But soon, they will be.